EXHIBITION OF THE ARCHIVES OF THE MINISTRY OF FOREIGN AFFAIRS
In 1680, Secretary of State for Foreign Affairs Charles Colbert de Croissy took the initiative of having his correspondence with foreign countries bound, together with that of his predecessors. Through this very material act, he created a tool which is essential to the continuity of public action, thereby ensuring the preservation and transmission of a corpus of documents which would become the initial core of an exceptional heritage collection. As the heir to the service born of this initiative and entirely independent of the National Archives, the Archives Division of the Ministry of Foreign Affairs continues to play its dual role of serving the original administration by providing diplomats with the documents necessary to the exercise of their profession and contributing to historical research by promoting and communicating these archives to researchers.
The diplomatic archives have been enhanced over time with regular contributions from the different departments, the recovery of state records, purchases and donations from private individuals. They include the precious collection of agreements and treaties signed by the French state (more than 25,000 files ranging from the 15th century to the present day), collections incorporated over time such as the Richelieu papers, the Chavigny collection (including 26 love letters from King Henry IV to Marie de' Medici!), the Saint-Simon manuscripts, the Bonaparte papers and the files of ministers and ambassadors who made their names in the fields of both politics and literature (there are numerous examples from Beaumarchais to Claudel and Saint-John-Perse and including Stendhal and Chateaubriand). This incredible wealth of content is combined with a wide range of forms and media: as an annex to the dispatches, it is not uncommon to find engravings and, since the 1850s, photographs which bear witness to or document diplomatic action. A collection of historic and contemporary maps and an extensive library boasting 450,000 volumes complete this collection which is now housed, conserved and communicated at two sites, one in La Courneuve (central administration) and the other in Nantes (repatriated archives). 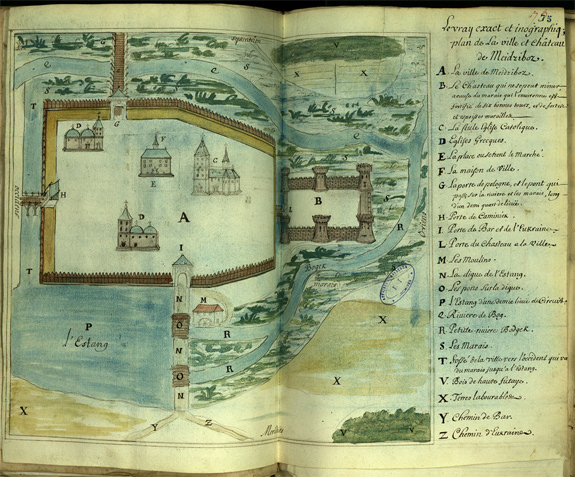 Plan of a fortified town in the Ukraine, presented to the King of France by an officer in the Polish army of French extraction, 1678. 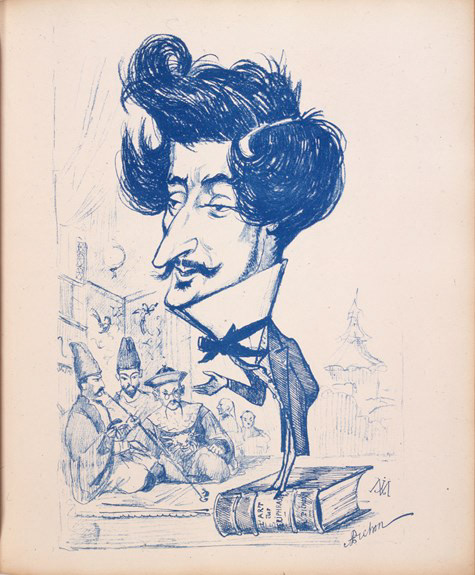 Caricature of a diplomat: in the Album comique des Affaires étrangères, by Joseph Mollard, 1869. 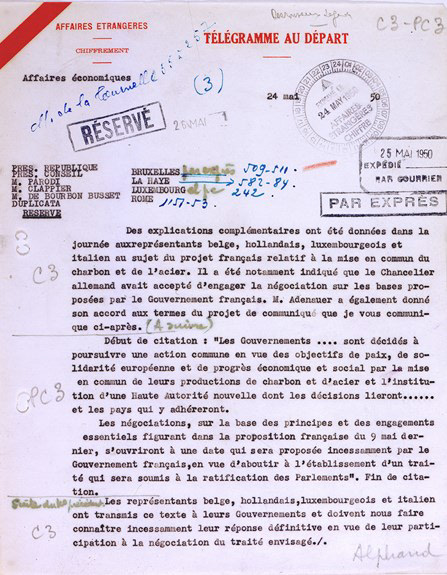 Telegram dated 24 May 1950 and signed by Hervé Alphand, Director of Economic Affairs, announcing the opening of negotiations for the Treaty establishing the European Coal and Steel Community (ECSC) in accordance with the Schuman Declaration (9 May). 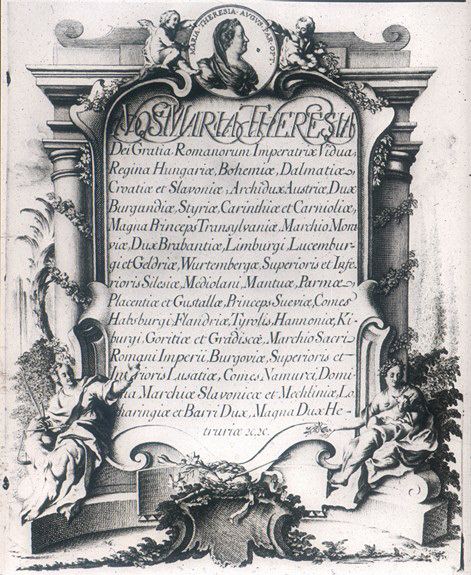 Marriage contact between the French Dauphin (the future Louis XVI) and the Archduchess of Austria, Marie-Antoinette: Austrian instrument of ratification, Vienna, 23 April 1770. 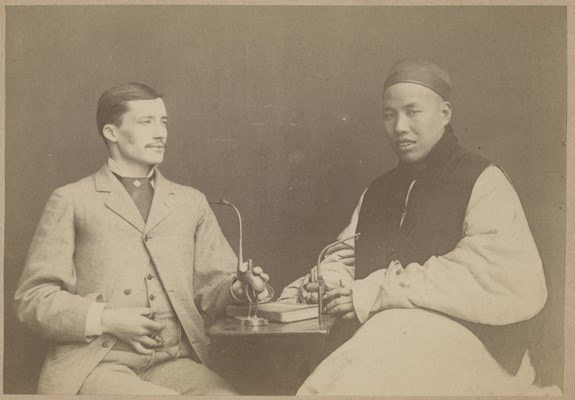 Arnold Vissière, Interpreter of the French legation in Beijing, and Lo Feung Lo, Secretary to Viceroy Li Hong-Tchang, circa 1884. 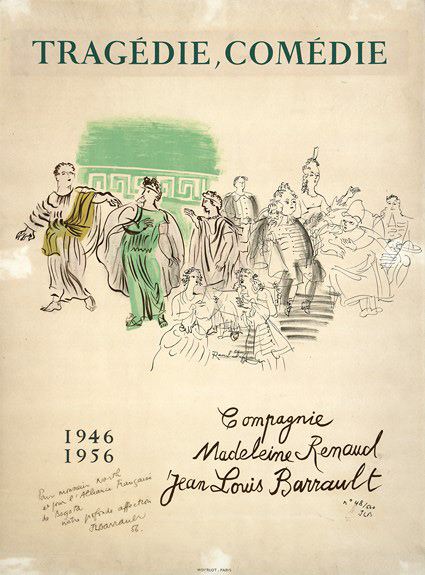 Poster of the Renaud-Barrault troupe: lithograph by Raoul Dufy, signed by Jean-Louis Barrault for the Alliance française de Bogota, 1956. 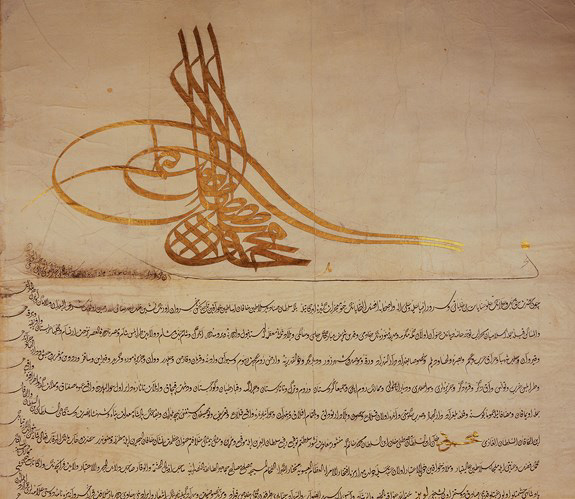 Imperial capitulations granted to the King of France by the Ottoman Sultan Mahmoud I in 1740 (detail). 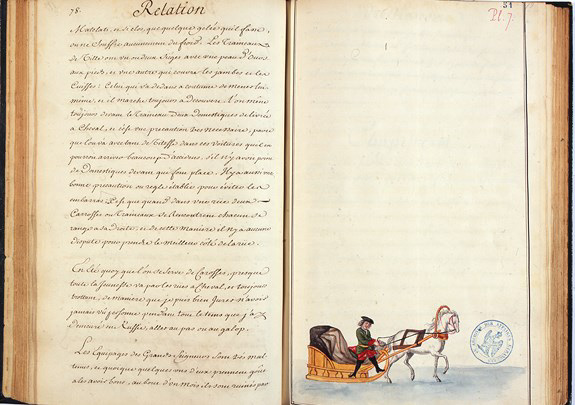 Portrait of a Russian peasant woman: in Account of Muscovy by the Duke of Liria, Spanish Ambassador to Russia, 1731.

EXHIBITION
Founded on 23 June 1914 on the initiative of 29 member booksellers, the Syndicat national de la Librairie Ancienne et Moderne is celebrating its centenary this year. To commemorate this event and recall the cultural role of booksellers throughout history, an exhibition will be organised during the fair to pay homage to a profession which has long recognised the importance of working together to make action more visible.

To highlight the activity of booksellers past and present, different documents will present the major figures of book selling, the history of the SLAM, its code of conduct, the reality of the profession down the centuries, past presidents and more.

Defending the profession, making it known, circulating books, passing on heritage and implementing a policy of communication vis-à-vis the public - these are the goals that this professional organisation has set itself. The International Antiquarian Book Fair is a major event and it was entirely natural to pay homage to booksellers and their history with dedicated area at the heart of the event.
Stand C7 - west aisle
HOLOGRAPHIC WINDOWS
Innovative technology in the service of antiquarian works
The Laboratory of Digital Humanities at the École Polytechnique Fédérale de Lausanne (EPFL) has developed holographic windows which it presented at the Martin Bodmer Foundation in Geneva in 2013 during the exhibition. The reader at work. These windows will be presented for the first time in France at the International Antiquarian Book Fair at the Grand Palais in Paris.
The works presented in each window - 13th and 14th century manuscripts (facsimiles for the presentation at the Grand Palais) - will be highlighted with the projection of texts and images thanks to a wealth of computerised and interactive documentation.
The mechanism allows images to be juxtaposed around a real document and to isolate or enlarge certain sections. The images seem to float in the air like a hologram. When the visitor approaches, a grid appears as if projected onto the manuscript to guide the eyes, emphasising minuscule details such as annotations, comments or calligraphic signs, while new pieces of information appear to rise from the page, standing out from the text to give it an extra dimension. While contemplating the work, the visitor can also admire the rich content. These "intelligent" windows are a major innovation in the field of museography.
Thanks to the visual scenography modelled on the text, the visitor enjoys a unique encounter with a real object with his or her attention no longer being divided between the document and the accompanying explanation. "We are attempting to invent a new museographical language combining the direct experience of the work and its explanation in a single area," explains Frédéric Kaplan, Director of the Laboratory of Digital Humanities. Physical and intellectual encounters are thus combined in a single experience thanks to a new kind of narrative mechanism.
Contacts :
Frédéric Kaplan - Directeur du Laboratoire des Humanités Digitales de l’EPFL
frederic.kaplan@epfl.ch
Luc Meier - EPFL MEDIACOM
luc.meier@epfl.ch

The aim of the association was to support binders creating original works. It did so by employing any means likely to promote knowledge and taste, in particular through quality exhibitions.

For 25 years - until 1970 - it organised exhibitions every six years at the Bibliothèque nationale de Paris in the Mazarine Gallery and participated in events in New York, Copenhagen, Stockholm, London and Zurich. In 1975, it exhibited in Brussels.
In 1979, the society revised its articles of association and changed its name to Les Amis de la Reliure Originale. In this form, the ARO limited membership solely to bibliophiles. This is its current form.

Since then, the ARO has organised a number of major events, including in Monaco (1983), at the Grolier Club in New York (1987), at the Bibliothèque de l’Arsenal on contemporary American bindings (1990), at the Maison de la Poésie with a collection of bindings from books illustrated by Picasso (1991) and at the Bibliothèque historique de la ville de Paris. The exhibition "Max Jacob dans ses livres" (1994) and the commemoration of the fiftieth anniversary of the association (1995).
Committed to promoting quality craftsmanship and original decoration, the ARO organises regular competitions with the winners receiving an order for a binding paid for by the association and intended for a book belonging to a major public library. The winners have included, among others, Pierre-Lucien Martin (1948), Germaine de Coster (1951), Alain Lobstein and Monique Mathieu (1961), Nadine Auffret (1980) and Sandra Aftalion (2009). The ARO has also participated, in varying capacities, in bindings exhibitions organised in Rheims, Nantes and Metz. In partnership with the Conseil Régional de Bourgogne, the association invited 19 binders to create bindings for rare or precious works on behalf of the municipal libraries of Burgundy. Every year since 1994, the ARO has organised the "Exposition Ephémère".

The bindings on show have been selected from the most notable works of each creator for the originality of their decoration and their relevance to the book within, the quality of the craftsmanship and, in the case of very recent bindings, the use of new materials. 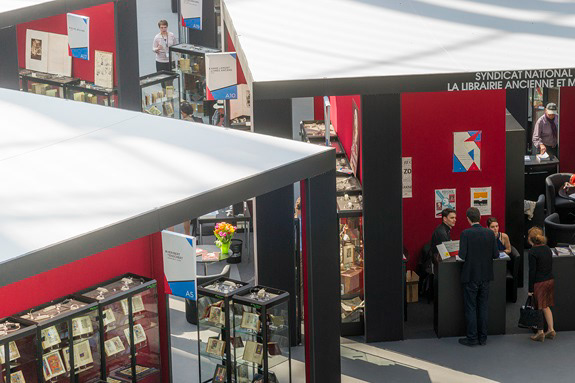 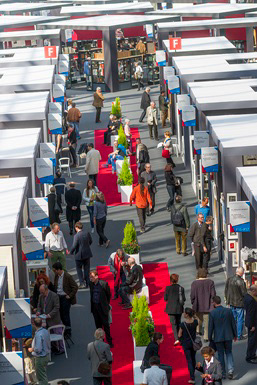 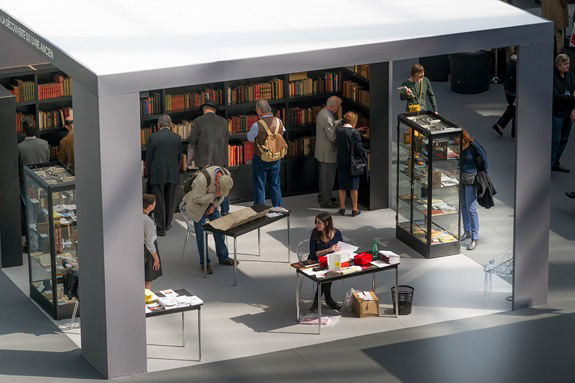 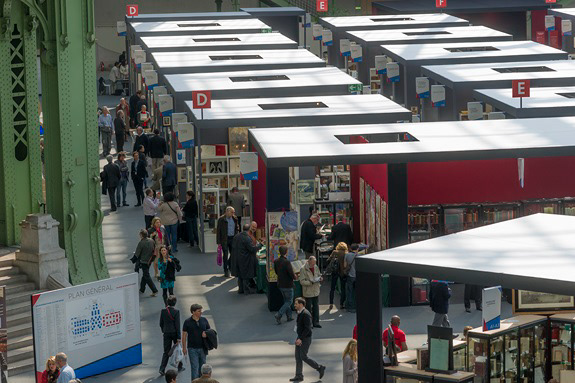 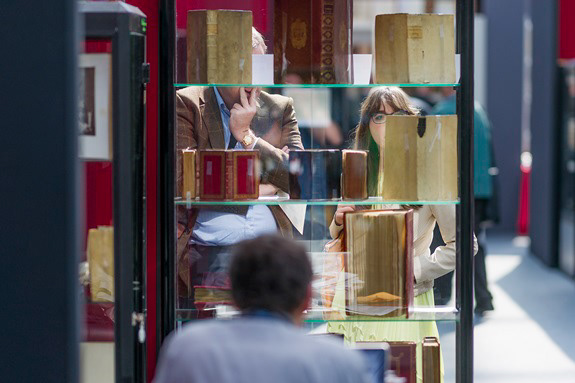 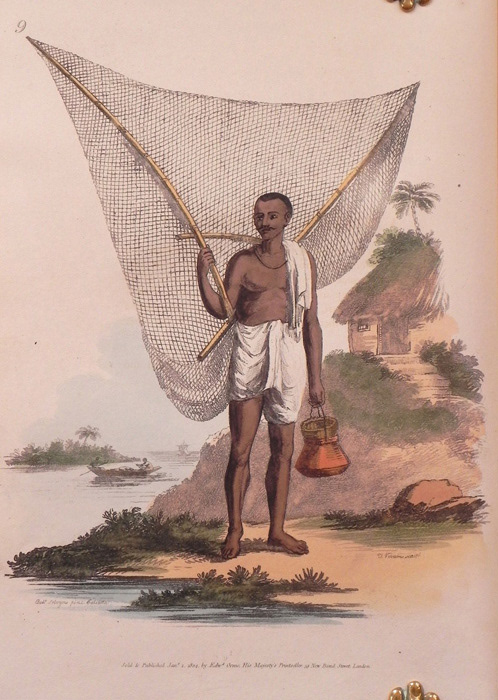 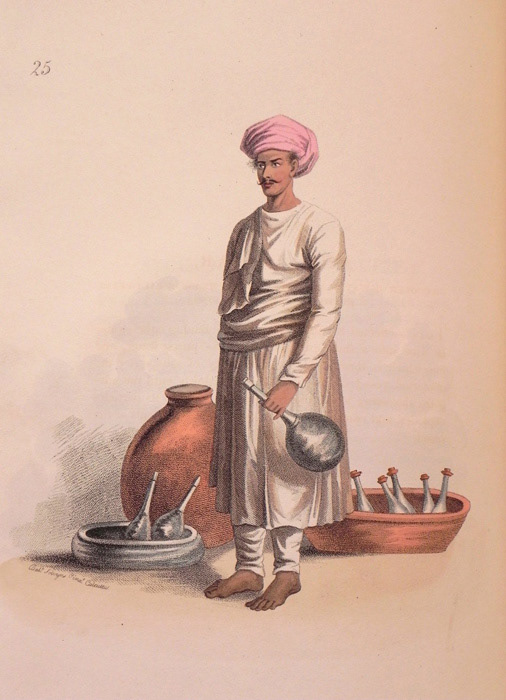 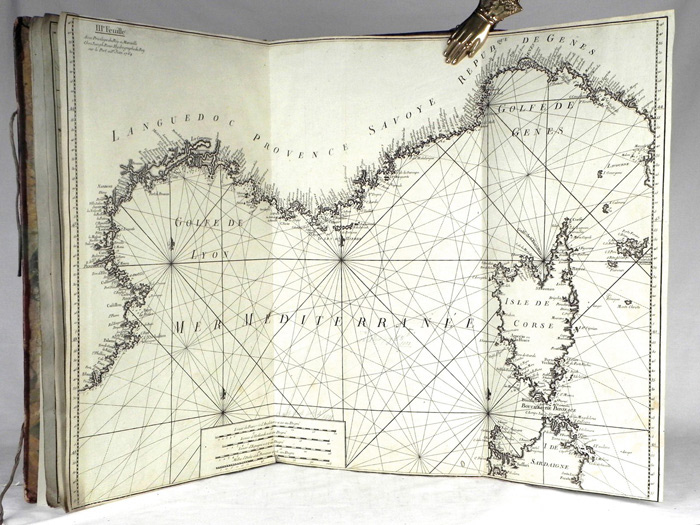 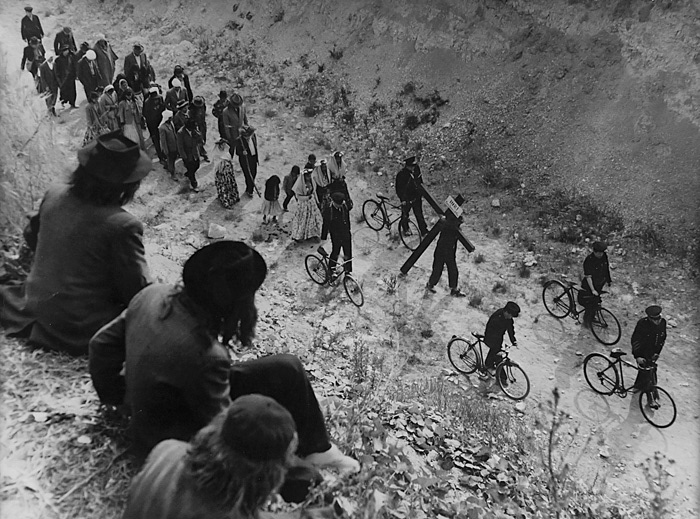 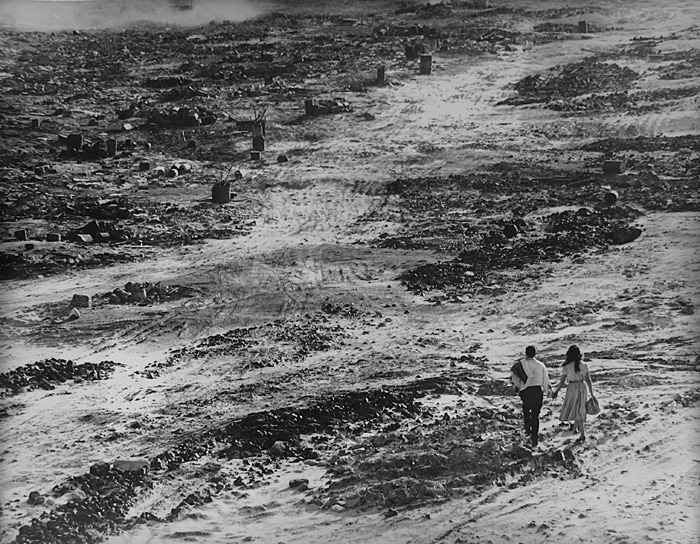 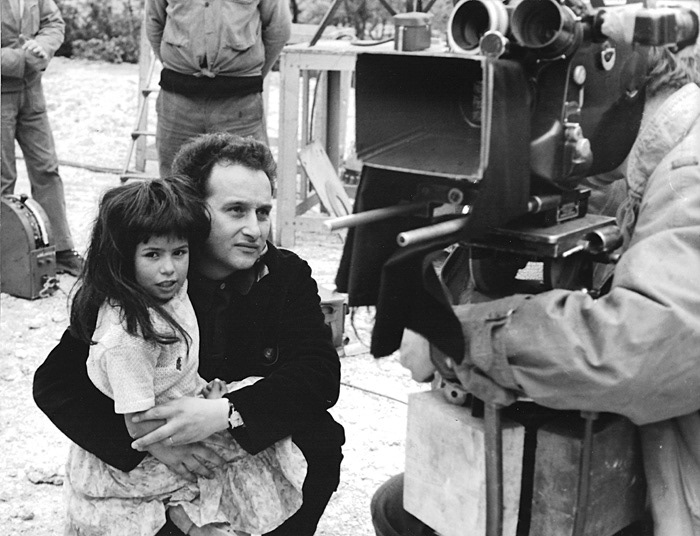 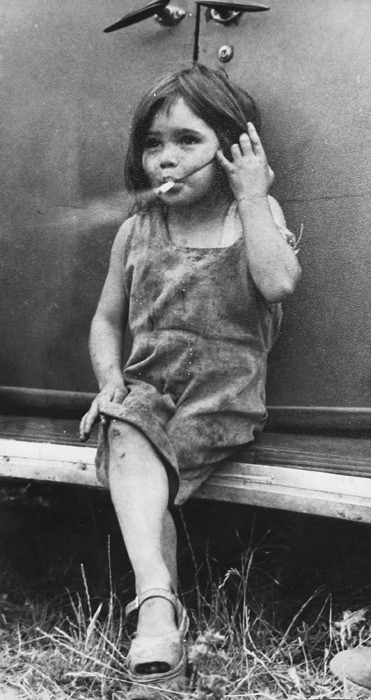 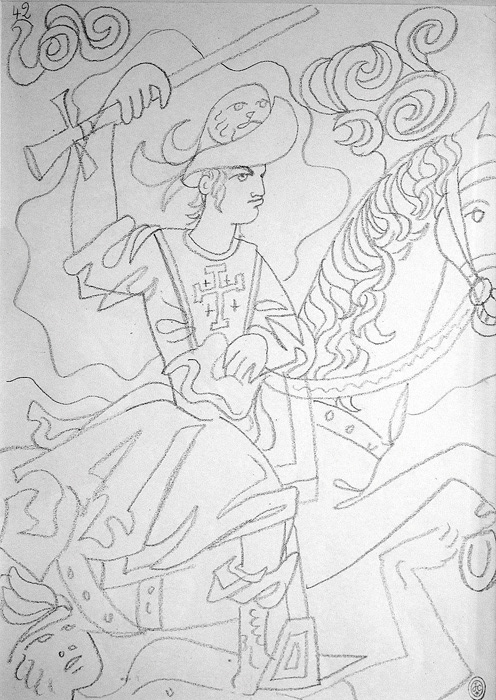 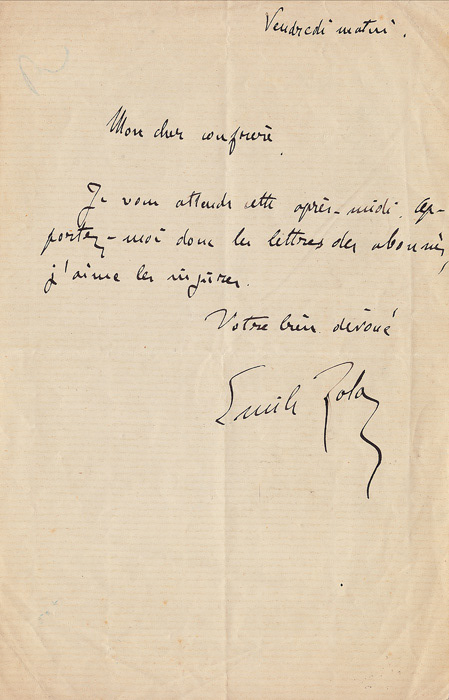 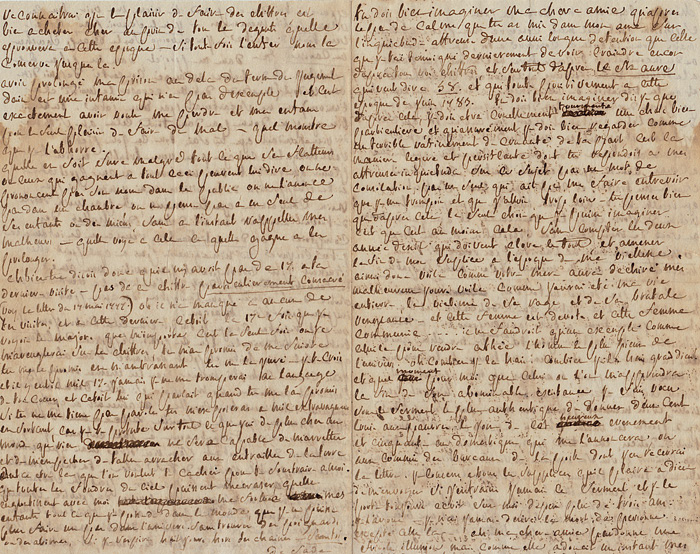 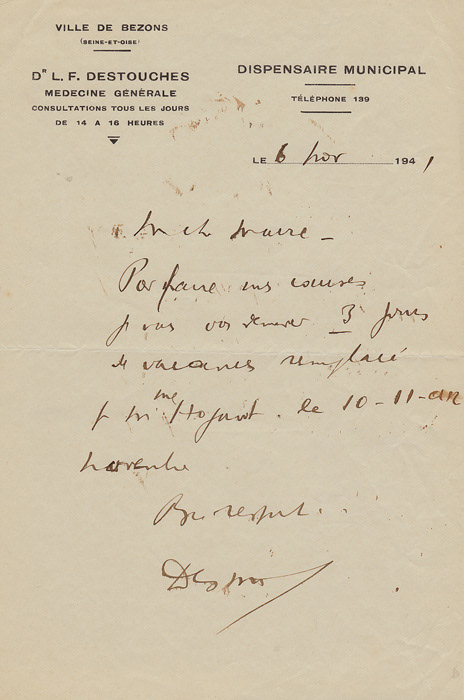 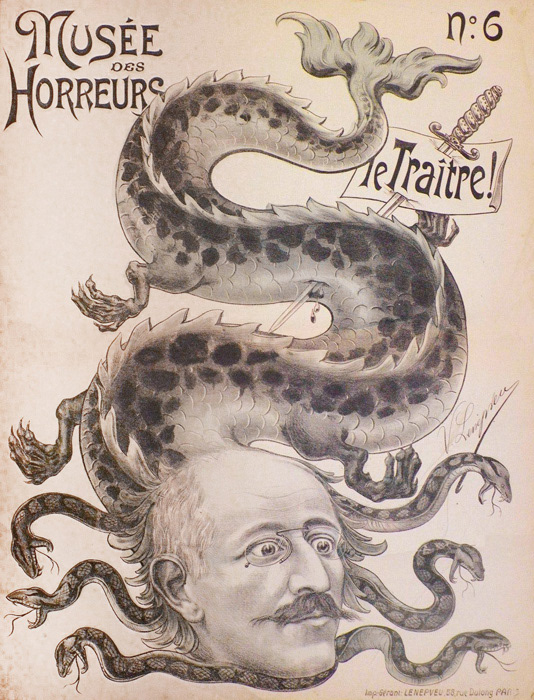